Sponsoring ZHAW: Supplementing of butterfly inventory of the canton of Zurich

This produced interesting results in 2018: Although Kilchberg and Rüschlikon do not have any conservation areas, there were nevertheless 19 or 20 different butterfly species there. In Thalwil, thanks to the existence of some flat moors there were even 39 species. The “Red List” species alcon blue (heavily endangered), false heath fritillary and lesser marbled fritillary (both potentially endangered) and the attractive species high brown fritillary and western marbled white are, for example, particularly worthy of mention. Like many other butterflies, these species prefer unfertilised, flower-rich grassland that is not mown too early.

The results from 2019 are also promising: a total of 33 butterfly species were found in Zollikon, 21 of which were registered for the first time for this municipality. Among them were also 4 rare species on the “Red List”. In Zumikon, the species diversity was more modest and amounted to a total of 20 butterfly species, but this is also due to the smaller area size.

The insights from the mapping offer an important basis for further ecological enhancements in favour of a diverse butterfly fauna on Lake Zurich.

Eggs of an alcon blue (Maculinea alcon) on a flower of a marsh gentian.

The White Admiral (Limenitis camilla) can be seen from time to time along intact forest edges. Its caterpillars are very fussy and feed exclusively on the red honeysuckle (Lonicera xylosteum).

The Six-spot burnet (Zygaena filipendulae) is a day-active butterfly. The species likes to lay its eggs on sweet clover (Lotus corniculatus), the main caterpillar food plant. We found this attractive species in the municipalities of Zollikon and Zumikon. 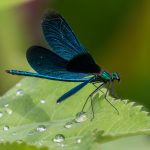 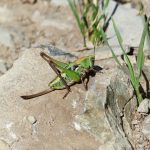 WartbiterInsect blog
DATA PROTECTION
We use cookies. Cookies are small text files that allow us to better adapt our website to your interests and needs and to improve our offer. By using our website you agree to the use of cookies. Further information here.OK